From Nigeria, via New York, to the checkpoint 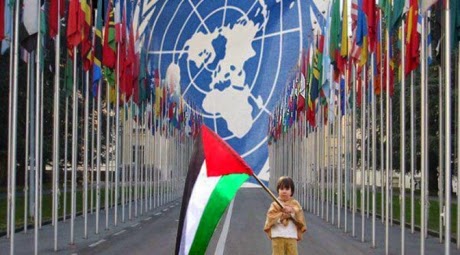 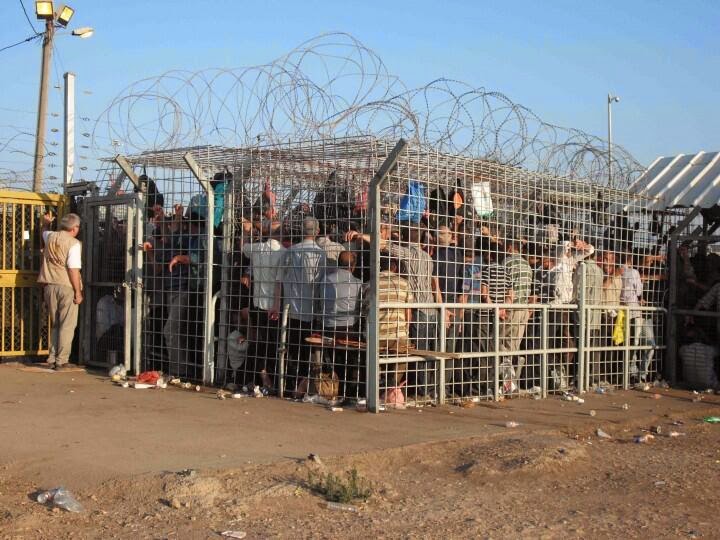 Once again, the new year rolled in across the globe. As always, the celebrations in New York’s Times Square, the crystal ball and excited countdown were broadcast live all across the global village. Ahmad Bdeir from the village of Farun on the West Bank will not see this new year. The last day of 2014 was also the last day of his life.

Until that day, the 39-year old Bdeir was among Palestinians considered relatively lucky, having gotten a permit to work in Israel. This meant that he did not have to skulk across the border and resort to the help of sometimes shady people-smugglers, nor hide from Israeli police on the lookout for “illegal infiltrators”.  On the other hand, it meant that he had to get up very early every morning, to make it through a very overcrowded checkpoint and get in time to the construction site where he derived the livelihood of his family.

Inspection procedures at the checkpoint - called al-Tayba by Palestinians and Sha’ar Efrayim by official Israeli designation -  typically take hours. First, every person must pass through metal turnstiles, one at a time. Past the revolving gates, there are metal detectors and inspection stations to go through. Waiting to proceed, Palestinians are often crowded into metal pens inside the checkpoint, unable to leave or enter.

The whole process is controlled by Israeli soldiers in hidden posts. The soldiers – usually, 18- or 19-year-old conscripts are completely invisible and unapproachable, in order to prevent any chance of their being attacked. The workers can only hear their voices amplified over the loudspeakers – and complaints at the overcrowding and agonizing slow pace usually go unheard and unheeded.

Ahmad Bdeir had gone through this process every morning, like about 15,000 others. In one such early morning hour, on December 31, he suffocated. It took several moments for the other tightly packed workers around him to notice what had happened, and much longer for them to get the attention of the unseen soldiers in control. By the time medical teams got to the spot, they could do little more than confirm his death.

Just one day before all this happened, the International Community - as manifested at the spacious and comfortable halls of the United Nations Headquarters in New York - turned down the request of the Palestinians to be free of Israeli soldiers controlling their lives. They had asked for the fiftieth year of Israeli occupation to be
Its last, for a timetable determining that 2017 would see the birth of Free Palestine. This was rejected, and the Palestinians referred once again to interminable negotiations with Israel, which – certainly under its present government – has no intention of ever ending the occupation. (A different government might or might not be there next year…)

To the positive side, France fully backed up the Palestinians (for which the French Ambassador to Israel is to be summoned and reprimanded at the Foreign Ministry), as did Luxembourg – a mini state but still a member in good standing of the EU. And Britain at least abstained, which also aroused some worries in the PM’s bureau. All of which was not enough in face of the immovable rock in Washington.

In the past weeks, there had been many rumors of President Obama, long exasperated with the conduct of PM Netanyahu, considering  a change to the long-standing policy of applying an automatic US veto on behalf  of the Government of Israel. Obama may or may not have considered it. In the event he decided to stick with the good old veto and not risk an all-out confrontation on Capitol Hill. And by dint of various maneuverings and underhand deals, the Palestinian proposal fell short of the nine votes needed.  The Americans were absolved of having full responsibility for blocking the Palestinians’ way to freedom, with Nigeria, Rwanda and South Korea becoming convenient scapegoats.

Be that as it may, the vote in New York precipitated a reaction which had been long discussed and debated among Palestinians, and which President Abbas until now avoided: adhesion to more than twenty international treaties, and particularly the Statute of Rome. That is the necessary preliminary to Palestinians being able to start legal proceedings against specific Israelis at the International Criminal Court at the Hague, on charges of war crimes and/or violations of International Law.

Netnayhau and his ministers reacted with the expected fury, and threatened retaliations – i.e., that Israel would start its own proceedings against various Palestinians. So, the Hague might in the coming year witness a titanic judicial duel, with both sides likely mobilizing top lawyers and International Law experts. The Palestinians would set out the horrors of bombings and artillery bombardments of Gaza in 2009, 2011 and 2014, and various smaller-scale killings at other times and places. The Israelis would riposte by citing the shooting of missiles at Israel and various suicide bombings.

It would not be difficult for Israeli legal experts to build up a case against Hamas leaders. Much less easy would it be to pin anything on Abbas. The final result might be to draw up in international public opinion a parallel between Hamas leaders on the one hand and IDF generals on the other, and have respectable international judges deliberate on whose acts are to be considered more heinous – not precisely the line which Israeli governmental PR experts are usually trying to push.

Moreover, the Rome Statue also includes a specific reference to the creation of settlements in Occupied Territory as a serious breach or International Law. Once gaining access to the International Court, the Palestinians could well draw indictments against settler leaders, building contractors who erect settlements as well as Israeli government ministers and officials engaged in the settlement project. To that, it would be difficult to find an opposite and equal reaction from the Israeli side.]]

All of this  would be in the cards only after March 2015 – when there would be in Israel either a brand new government or a new incarnation of the rotten old one. Wait and see.

The vote in the UN Security Council was decided by Nigeria at the last moment not supporting the Palestinian proposal. That is not quite surprising, considering the following:

1) The President of Nigeria, Goodluck Jonathan is a Christian.

2) He is not just a Christian, he is an Evangelical Christian. He is member of the Nigerian Word of Life Bible Church which is closely connected with the Evangelical Churches in the United States, fanatic supporters of the extreme right in Israel.

3) President Goodluck Jonathan and the Pastor 'Ayodele Joseph Oritsejafor, head of Word of Life Bible Church, were last year on pilgrimage in Israel. It was not just a religious pilgrimage, they also met Netanyahu.

4) Three months ago, in September 2014, the authorities in South Africa searched a Nigerian airplane and found on board three suitcases containing a total of 9,300,000 Dollars in cash. The money was confiscated according to rules against international money laundering.

5) On the plane were three passengers - two Nigerians and an Israeli named Eyal Masika. It was Masika who had the combination for opening the money suitcases.

6)  Eyal Masika lives in the capital city of Nigeria, Exactly what is he doing there? Nobody knows,

7) The plane on which Eyal Masika was travelling with the 9,300,000 Dollars was owned or chartered by the Word of Life Bible Church of Pastor 'Ayodele Joseph Oritsejafor.

8) After all this came out, President Goodluck Jonathan of Nigeria contacted directly President Jacob Zuma of South Africa, said that  the 9,300,000 Dollars belonged to the Government of Nigeria and asked for the return of the money. President Zuma agreed.

9) All this affair with the 9,300,000 Dollars happened in September this year, when it was already well-known that the Palestinians were going to the Security Council and that Nigeria was going to be one of the countries deciding the outcome of the vote.

There was no need for any extensive detective work to find all this. A quarter of an hour on Wikipedia and the Internet were quite enough.

Posted by Adam Keller אדם קלר at 8:05 AM