The week that the Third Lebanon War did not break out

The air is full of fuel vapor, and the sparks are flying, but so far the great conflagration did not happen.

As a child, I occasionally heard adults speaking nostalgically of the British Mandate times (though at the time itself they had been in the anti-British underground ...). "In those days you could go to Mount Hermon. The Syrian border was open, it was possible to travel throughout the Middle East. On Mount Hermon there is snow in the winter, just like in Europe. What lovely snow!". Pre-1967 Israel had no snow except for two or three unusually cold winter days in Jerusalem.

And then there was the war in 1967 and the euphoria and – yes - the electrifying news "Now Hermon is ours! The snow! The snow!" Six years later there was another war, and Mount Hermon was a battleground and the blood of Israeli and Syrian soldiers stained the white snow. But in the end the State of Israel kept hold of Hermon and after a few years formally annexed it (though no one in the world recognizes the annexation) and awarded to Israeli developers the franchise for establishing  the Mount Hermon Resort. Every winter we hear on the radio, several times a day, the jingle " Hermon Resort in full swing!" The commercials explain that there is no need to travel to Switzerland or Austria, since one can just as well ski in the snows of Hermon. "Ours, ours, all of you ours, Crown of the Hermon" is the refrain of an old song, written at the beginning of the Zionist movement, which Israel’s state radio occasionally tries to revive.

Very few in Israel heard of the Syrian village which existed there, at the foot of Mount Hermon, until 1967. A village which was completely razed by Israel's bulldozers. The facilities of the beautiful Mount Hermon Resort were built on its site. What was the name of that village? I once knew. Many years ago, I was there in a delegation of Israeli peace activists. Our guide was a resident of the nearby town of Majdal Shams - one of those residents who, also after decades of Israeli rule, stubbornly refuse to accept Israeli citizenship and regard themselves as Syrian citizens and Syrian patriots. He told us about this village which once nestled at the foot of Mount Hermon and of other villages which had existed in the same area, naming all these villages, one by one. But my impressions of that visit, and the names of all the villages, were written down in my old laptop which later had a fatal collision with a cup of hot tea.

Back to the present: this week, two missiles were fired from Syria in the general direction of Mount Hermon, falling in open fields without causing any casualties or damage. But just in case, the army ordered the immediate evacuation of some thousand Israeli hikers from the Mount Hermon ski site. Later, the army opened artillery fire on a Syrian army camp manned by soldiers loyal to President Bashar Assad, who are mainly engaged in fighting against the rebels threatening his regime. The State of Israel, however, concluded that they were responsible for the rocket attacks. As usual in such cases, the army announced "precise hits on target". What did happen at  these accurately hit targets, who was killed there and who was wounded? We will probably never know.

Some Israeli media commentators remarked on the fact that President Assad's regime, together with members of the Lebanese Hezbollah militia and the Iranian Revolutionary Guards who support this regime, nowadays hold only  the northern sector of the Syrian border with Israel. Most of this border is now under control of the anti-Assad rebels. Commentators also remarked that the rebels carefully avoid any act against Israel, and that Israel provides them with  humanitarian assistance and the treatment of their wounded in Israeli hospitals. What about an assistance which goes beyond the humanitarian, for example the providing of arms and ammunition? This was not so much mentioned in the Israeli media, but abroad the possibility was mentioned several times. In fact, there were some references to Israel building up a “security zone” on the Syrian side of the border, such as was maintained in South Lebanon for many years. The rebel coalition which holds a large part of the Syrian border with Israel also includes the Jabhat al-Nusra Front, which is considered to be the Syrian affiliate of al-Qaeda. So, is al-Qaeda providing a Security Zone for the State of Israel? Even stranger things have already happened in the crazy region in which we live.

Mostly, however, commentators on that day were concerned with wondering whether the missiles fired from Syria already constituted the retaliation for the attack which the State of Israel launched in the same vicinity last week – in which were killed Hezbollah members led by the famous Jihad Mughniyeh as well as an Iranian general and other Iranian officers - or were additional retaliations to be expected? This question was given a clear answer by the next  morning. The firing of missiles from Syria turned out to have been a diversionary tactic designed to divert Israeli attention to the Syrian border, while the main Hezbollah retaliation was actually launched from the Lebanese border: an accurate ambush laid to a convoy of Israeli officers who moved along the border in unarmored vehicles, a negligence which provoked a lot of questions. (Though, in fact, armored vehicles would not have been of much avail, as the convoy was hit by sophisticated anti-tank missiles designed to penetrate heavy armor). "We had a precise tit-for-tat action” said Hezbollah leader Hassan Nasrallah in his speech today. “broad daylight  action for broad daylight action, missile shooting for missile shooting, two cars hit for two cars hit”.

Major Yochai Kalangala and First Sergeant Dor Nini of the IDF were killed by the accurate hit on their jeep. As always when Israeli soldiers are killed, the  papers published extensively the mourning words of their family members,: "Our heroic brother Yochai, Jocha as we always called him, was a full-blooded man, salt of the earth, a warrior in heart and soul, a leader and an outstanding officer." "My brother Dor was a soldier, a warm-hearted hero who loved to help everybody,  a smiling child who was happy to be in a combat unit. When he was in the Gaza Strip we were very worried for him and made a celebration when he returned, but  this time he did not make it." The Spanish soldier who was killed, Lance Corporal Francisco Javier Soria Toledo who served as a UN peacekeeper, was hardly mentioned in the Israeli media. The Spanish media did extensively interview his family and also noted the fact that he was killed in the Israeli retaliatory shooting into Lebanon, and that his death was part of the escalation initiated by the State of Israel.

But here it stops, as of this moment. Foreign Minister Lieberman – whose  party is sharply plummeting in the polls due to the corruption scandal  involving its senior members - made during a visit to Beijing a call for
“a disproportionate response” and the launching of all-out war. Was this a serious strategic assessment or a rather ineffective piece of elections propaganda? To Prime Minister Netanyahu, the polls seem to have given the message that even the blowing of  turbulent winds of war  did not ensure him a significant lead towards the March 17 elections, and that after all it was quite uncertain if a prolonged war could become a winning electoral gambit.

On the other side of the border, the death and destruction rained on Lebanon in 2006 are certainly far from forgotten, and the Lebanese had also seen what happened to the Gaza Strip in 2009 and 2012 and 2014, and there was absolutely no enthusiasm in Lebanon for another round.

So, both parties took up the UN call for a cease-fire and de-escalation. For the time being. 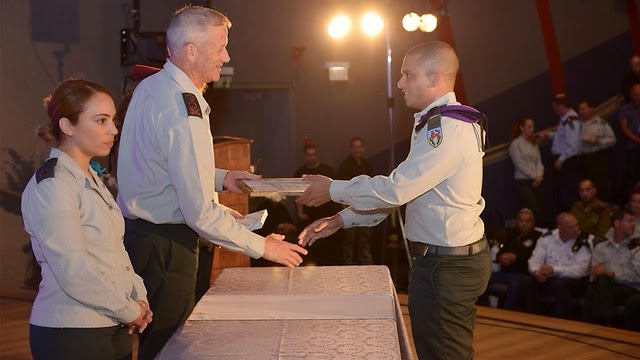 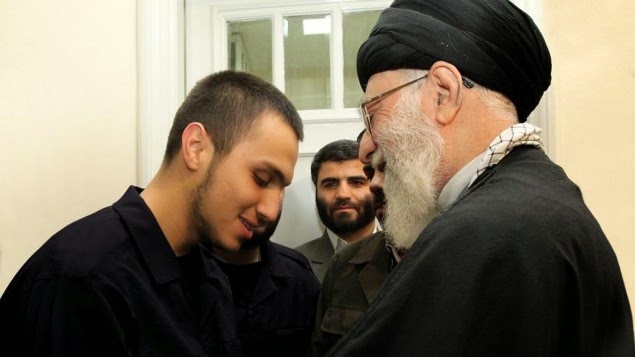