The Return of the Desert God 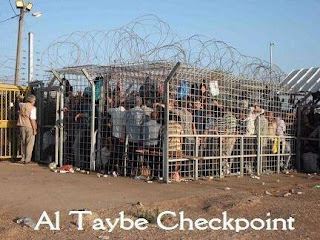 "We are commanded to recount the Exodus from Egypt." "The more you recount the Exodus, the better." "In every generation, every person must see himself as if he came out of Egypt." So does Jewish tradition tell us.

Historians and archaeologists may well continue to argue for many more years about whether there is any historical basis to the story which appears in the Biblical Book of Exodus. But whether or not it reflects any actual historical events which took place in the land of Egypt more than three thousand years ago, there can no doubt that this story had a profound effect on how Jews perceived themselves throughout the ages. Also this year Jews everywhere were recounting the Exodus - even if many of them only recited traditional texts and did not devote much reflection to its meaning.

It was not only the Jews who were influenced by the story of the Exodus. Christianity took it up in whole, as part of the Old Testament, and as such took care to have it translated into all languages ​​and spread throughout the world. Also Islam took up the story of the Exodus and included its own version in the Qur'an. The story of the slaves who chafed under oppression and of the great liberator named Moses has become part of the common heritage of humanity, a source of inspiration and hope to all who suffer from oppression and dream of liberation.

Especially, as is well known, this story was a major fount of hope for the Blacks in America. Brutally torn from their homeland and shipped in a horrific journey across the ocean, to a life of slavery in a foreign country - where their language and culture and religion were taken away from them, and they were forced to take up instead the master’s language and religion. And then, it was exactly in the Scriptures of the new religion which was forced upon them that the Black slaves found a source of hope, a powerful story about people who were enslaved like themselves and who had cried out to God - who sent them a savior and liberator.

Thus, during generations of slavery under the overseer’s whip, and later generations of repression and severe discrimination, Black people in America dreamed of the day of liberation and of their own Moses who would cry out "Let My People Go!" 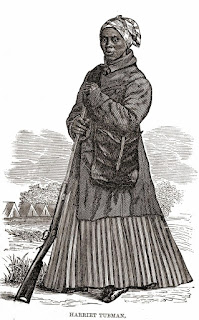 Harriet Tubman, born a slave in the southern United States, was able to escape to freedom - and then returned many times to the South, to help other slaves escape. She became a legend among the slaves, and was nicknamed "Moses".

And after all this history – this year, too, Passover came around, the time when the Jews who gave this story to the world are commanded to recount the Exodus from Egypt, the more the merrier. During Passover it was that Prime Minister Netanyahu, who considers himself the leader of the Jewish people everywhere, spoke on TV and wished a Happy Holiday to all Israeli citizens, but especially the soldiers of the IDF and the Police and the Border Guards.

Passover Seder ceremonies were held in military bases across the Palestinian Territories, in which took part the soldiers manning the roadblocks on the highways of the West Bank roads, and going on night raids and detentions in Palestinian towns and villages, as well as the crews of the gunboats enforcing the tight blockade of the Gaza coast. Also the settlers living under the army’s protection on confiscated Palestinian land celebrated with great pomp the Holiday of Liberty and recounted the Exodus until the late hours of the night.

In fulfillment of the ancient commandment "Thou shalt not oppress a stranger: for ye know the heart of a stranger, seeing ye were strangers in the land of Egypt", the Israeli National Police launched on Passover an especially intensive hunt for Palestinians staying in Israel without a permit, police commanders impressing on their subordinates the importance of swiftly apprehending all such offenders.

In one particular Israeli home, this year’s celebration of the Holiday of Liberty reached a high peak. Sergeant Elor Azaria, who last month in Hebron shot in the head a wounded Palestinian lying on the ground and was photographed in the act by a Human Rights activist – was given a special leave from detention in order to spend the Holiday at home with his loving family.

As indicated in opinion polls, a majority of Israeli Jews think that a person who is considered a terrorist should be killed even if disarmed and no longer posing any threat. Therefore, they concluded that Sergeant Azaria should not be charged with murder, nor with manslaughter – rather, he should be released and perhaps even given a citation and a medal.

In order to understand the deep roots of the present situation in the State of Israel, it might be worthwhile to take a look at another part of the Bible, a far less enticing one - the story of the Conquest of Canaan. After the great liberation from bondage in Egypt, the freed Hebrew slaves wandered the desert for forty years. They were reluctant to undertake the mission which God sought to impose on them, i.e. to embark on a big war and conquer by force the Promised Land; for that reluctance, the Bible brands them as cowards.

The mission fell to their children, who did not remember the time of slavery in Egypt. Under the commander of Joshua, Son of Nun, they ferociously attacked the Land of Canaan and conquered city after city. At the command of God they then massacred all the inhabitants, men and women, old and children - in some places, even the domestic animals. At the happy end, they proceeded to divide and parcel out the land which had been emptied of its inhabitants.

At least, that is how it is described in the Bible’s Book of Joshua. Many of modern researchers and historians doubt the veracity of this depiction. If so, then this book - which gained a sacred status as part of the Jewish Scriptures – must have been authored by a person with a particularly morbid imagination. This text, too, was fully taken up by Christianity, which got it widely translated and distributed around the world. And it, too, served as a source of inspiration. It was easy enough for European settlers in North America and South Africa to identify themselves with Joshua’s Hebrew warriors and regard Blacks of Native Americans as the new Canaanites.

It is noteworthy that Judaism itself, which originally introduced this text to world culture, has taken an increasing distance from it over the centuries. The distant descendants of those savage nomads – they who had broken out of the desert with blood-dripping swords and destroyed the cities of Canaan - had themselves become the quintessential urbanites in all in many countries where they lived. Above all they admired scholars and sages, and kept their distance from warlike activities (in truth, there was in any case little opportunity for them to get involved with such...). Also the God in which Jews believe – A Universal God who holds eternal sway "From end to end of the world" was far removed from the bloodthirsty tribal God of the ancient nomads. The Jews also abandoned the blood sacrifice of animals, which had made the temples of the ancient world into veritable slaughterhouses, and replaced it with public prayer – a custom adopted also by Christians and Muslims.

The Book of Joshua - plus other bloody verses and chapters - remained part of the Bible. Observant Jews must not omit even one letter from the Scriptures, let alone a whole book. But it is completely permissible to provide softening interpretations and glosses. Also, it was perfectly possible to put off dealing with all such issues until the coming of the Messiah, until when they would be irrelevant to the actual lives of Jews in the here and now – and such indeed was the normal practice of Rabbis and Great Sages. For centuries, this was not at the focus of Jewish faith and tradition; among the many sacred dates and holidays on the Jewish calendar, no date was set to commemorate Joshua and the conquest of Canaan.

So it was until the rise of the Zionist movement in Nineteenth Century Europe - which even before reaching the Promised Land and meeting face to face with Arabs had already begun to cultivate dreams of "A Muscular Judaism". In 1899 Saul Tchernichovsky - a young Jewish student who came from the Ukraine to study medicine at the University of Heidelberg, and who was destined to become one of the main Zionist poets – wrote one of his most memorable poems: The people have grown old—their god with them / Passions, stifled by unmanlike folk / Have arisen from a thousand years of slumber! / I bend the knee to life, to beauty, to power / To all the wondrous glories, of which / Corrupt and degenerate walking corpses / Have robbed the mighty God / Of the vast uncharted deserts / The God of the conquerors / Who took Canaan by the storm / But these have bound him up in straps, in phylacteries!

The ultimate fruit of these efforts, the visage of the rampant God of the Desert, could be glimpsed in the video released this week with footage from a demonstration in Tel Aviv, an enthusiastic rally called in support of that aforementioned Sergeant Elor Azaria, who had aimed his rifle and shot point-blank at the head of an injured person lying on the ground. "Muhammad is dead! Muhammad is dead!" chanted the crowd, and then "We will burn down your village! Burn, village, burn!" and "A Jew Has a Soul – an Arab is a Whoreson!" followed by "A Leftist is a Whoreson!" and "Fuck the Media"and concluding with a plain "Death to the Arabs! Death to the Arabs! Death to the Arabs! "

Undoubtedly, the God of the Conquerors of Canaan is by now rampaging, completely unrestrained, throughout the State of Israel and the territories under its ongoing military rule. And where can we find, these days, somebody to try binding him up again? Maybe at Boston, Massachusets.

On the same day that the video from the Tel Aviv rally landed on the Facebook pages, there arrived also another video – showing members of a Jewish organization called "If Not Now" who tried to hold a Liberation Passover Seder on the premises of AIPAC.

The footage shows activists being arrested by Boston Police on charges of trespassing, being taken handcuffed one by one into a police car. Their fellows outside the building are shown accompanying them with singing and the waving of banners: "End the occupation!" / "Occupation is a plague", "Next Year – Freedom and Dignity for All!"/. A statement issued by the organizers read: "Thousands of American Jews will do what it takes to make sure the next President – whoever they may be – knows that the strongest movement in history to end the occupation is rising in the Jewish community".

The name of this organization is also derived from the traditions of Judaism. The First Century Sage Hillel, well-known for his humane interpretation of Jewish tradition, had said " Hillel says, "If I am not for myself, who will be for me? But if I am only for myself, who am I? If not now, when?". And he also said "In a place where there are no people , strive to be human".
Posted by Adam Keller אדם קלר at 3:35 PM