When should comparisons be made, and when not?


In Ha’aretz of January 26, Avner Shalev – director of Yad Vashem, the famous Holocaust Museum in Jerusalem – was quoted in an all-out attack against “attempts to dwarf the Holocaust, by comparing it to other genocides, and undermine the position that the Holocaust is a completely unique event, not to be compared to any other”. On another page of the same issue of Ha’aretz was reported the great success of Israel’s President Re’uven Rivlin, who was “welcomed like a star” at a Black Church in New York. The reporter attributed Rivlin’s success among the Blacks to the speech in which the President “linked the Holocaust, the Zionist Movement and the creation of Israel with the period of Black Slavery”.

Link the Jewish Holocaust with Black Slavery? Can such a comparison be made? Indeed, the Trans-Atlantic slave trade was one of the darkest and most harsh events in human history. For some three hundred years, from the 16th Century to the end of the 18th, countless Africans were kidnapped from their homes and villages and loaded on extremely crowded slave ships, where the conditions certainly bear comparison with those on the trains to Auschwitz. Many of the slaves did not survive this voyage, and the Captain had the authority to throw sick slaves overboard “like any other spoiled goods” (as the King’s Bench Court in London ruled in a notorious 1783 verdict).


Still, no one involved had any intention to commit genocide. The only intention was to maximize profits and sell living slaves to the highest bidder. Those who did not survive were simply registered as “amortization” in the slave traders’ annual balance sheets.

So, is the Yad Vashem Director Avner Shalev going to send an angry letter  to President Rivlin and reprimand him for having made “a comparison which dwarfs the Holocaust”? I dare say that such a reprimanding letter will not be sent. After all, in President Rivlin’s case, comparing the Holocaust with another historical event has garnered a rare  success for the Israeli Hasbara PR campaign, which did not mark many such in recent years. Why spoil such a success?

The above was published in the Readers’ Letters section of Ha’aretz on January 26, 2015. 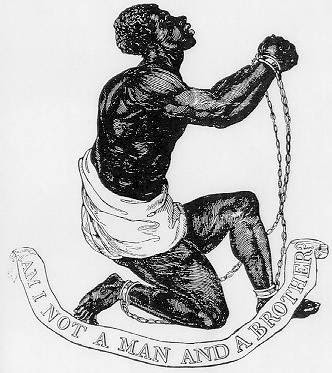