From Stockholm to Khirbet Um al-Jimal and back

It was last week that the White House charged that the burst of settlement construction in East Jerusalem was “poisoning the atmosphere”, with Netanyahu riposting by accusing the President of the United States of "Un-American Behavior".  By this week the storm center had shifted to Europe with the newly elected Prime Minister of Sweden devoting to our region a prominent place in his first parliamentary address. "The conflict between Israel and Palestine can only be solved with a two-state solution, negotiated in accordance with international law. A two-state solution requires mutual recognition and a will to peaceful co-existence" said Prime Minister Lofven.

Official Israel cried out furiously, and the Swedish Ambassador was invited to a disciplinary meeting at the Foreign Ministry in Jerusalem. (This time no low chair for the chastened Ambassador, as had been offered to his Turkish colleague at another occasion...). And Foreign Minister Avigdor Lieberman managed to publish an article in an important Swedish newspaper, asserting that the country’s new Prime Minister had not intended to promote peace between Israel and the Palestinians but appease public opinion in Sweden. (This implies that Lieberman acknowledges Swedish public opinion tends to side with the Palestinians and demands a government action on their behalf - and perhaps not only in Sweden ...). Activists of extreme right groups called for a boycott of IKEA and other Swedish products. For his part, Yitzhak Herzog of the Israeli Labor Party “opposition" was mobilized for an effort to lobby Lofven, his long-time fellow member of the Socialist International, and dissuade him from  recognizing the State of Palestine.

Still, the disease is spreading, and next week the British Parliament is about to vote on the issue of recognizing the State of Palestine. "We feel that now's the time to shout out loud that this should be done," said lawmaker Grahame Morris from the (British) Labor Party. The results of the vote would not bind the British government to change its current policy, but certainly they may influence the climate of public opinion in Britain.

Meanwhile, in East Jerusalem the conflagration which started during the hot weeks before the war in Gaza still goes on. Demonstrations and riots and clashes with police continue and this week the flames touched on the compound of the mosques of Temple Mount/Haram al-Sharif, one of the world’s most sensitive and volatile spots. And at the same time the government of Israel was forced by international pressure to allow the ministers of the Palestinian Reconciliation Government – to whose creation  Netanyahu had been strongly opposed – get to the Gaza Strip and take the careful first step towards mending the deep rift among the Palestinian people.

Under the media radar wich remains focused on diplomatic storms and conspicuous riots, Israeli soldiers arrived this week at the village of Khirbet Um al-Jimal, east of Tubas in the Jordan Valley. A tiny village which does not appear on any map, since from the official Israeli point of view it should not exist and its continued existence is an error which needs to be rectified. The soldiers told the villagers that all village homes were to be destroyed and presented them with demolition orders duly signed by the   military governor. The soldiers then took photos of the doomed buildings (to be precise, huts and sheds) from all directions, in order to facilitate the demolition crews’ work. The residents were not told the intended date of destruction, the Israeli Defense Forces prefer to keep the advantage of surprise. On some day next week or next month, the soldiers will come back, accompanied by bulldozers and the demolitions will be implemented with alert soldiers holding their weapons ready in case anyone dares to resist.

Why should the State of Israel act so harshly against such a small village which does not pose any visible threat to its security? Well, Khirbet Um al-Jimal is located in the Jordan Valley, and the current Israeli government - like its predecessors - wishes to perpetuate Israeli control of the Jordan Valley in any future agreement (and also if no agreement is ever signed). This tiny  Palestinian village, as well as a few other villages in the same area, is interfering by its existence with the fulfillment of these plans, and therefore the soldiers and bulldozers and demolition orders are sent. But though they are but a handful of desperately poor Palestinian villagers, the inhabitants of Khirbet Um al-Jimal are not completely helpless. Already several times this small village was razed and destroyed, and each time the residents rebuilt their meager huts and sheds as soon as the soldiers and bulldozers departed. It's not so much because they are determined to confront and defy strategic plans of the government of Israel and its armed forces. It is mainly because this  god forsaken small village is their home and they have nowhere else to go.

On the same day and almost at the same hour when the soldiers reached Khirbet Um al-Jimal, the Swedish Ambassador Carl Magnus Nesser arrived at the Foreign Ministry in Jerusalem. There, the Deputy Director European Affairs Aviv Shir-On handed to him the official reprimand from the government of Israel: "The statement by your Prime Minister about willingness to recognize a Palestinian State is harmful, and we strongly object to it. It may create an expectation among Palestinians to achieve their goals by unilateral acts rather than through negotiations. " 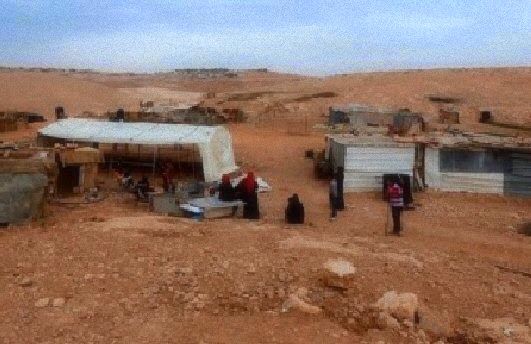 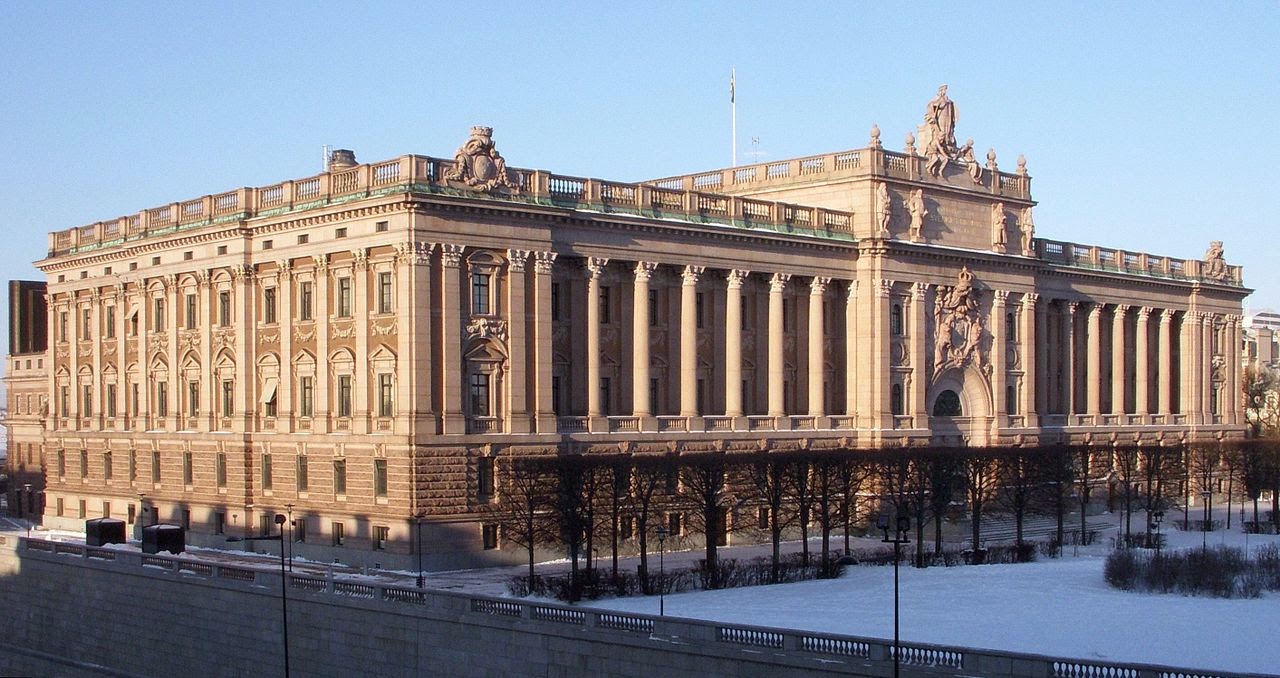