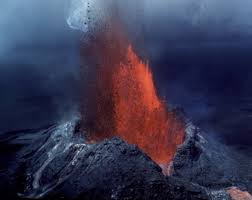 Two weeks ago, a volcano erupted in downtown Reykjavik, capital of Iceland. At least, that is how the Foreign Ministry of the State of Israel defined the resolution taken by the Reykjavik City Council, which called for a boycott of goods from Israel "in order to show support for the Palestinians' right to independence, and to put pressure on the Israeli authorities to end the occupation of Palestinian territories." In the summary of the Foreign Ministry spokesperson: "A volcano of completely blind and unreasoning hatred against Israel." For its part, the Anti-Defamation League of B'nai B'rith threatened to initiate a boycott of Iceland in the United States – quite a threat to a small country in whose economy exports to the US play a significant role.


In Ha’aretz, Gideon Levy remarked: "Once upon a time Reykjavik loved Israel very much, sending the best of her sons and daughters to volunteer on kibbutzim. Reykjavik, like most of the world, hates the Israeli occupation. She hates injustice, and apartheid, and colonialism, and violations of International Law. Reykjavik which once loved Israel cannot keep silent anymore."


Eventually, the mayor of Reykjavik issued a clarification, stating that the intention is to boycott settlement products and not all Israeli products. Thus, Reykjavik fell into line with the European Parliament which resolved by an overwhelming majority to conspicuously mark settlement products reaching the European market. Particularly, the Icelandic Social Democrats, all of whom dominating the city council, aligned themselves with the unanimous position of the Scandinavian Social Democrats, all of whom are committed to struggle against the Israeli occupation and settlements and for the realization of the two-state solution. (The Copenhagen City Council already adopted a few months ago a resolution to boycott settlement products, which did not cause so much commotion…)


Another diplomatic volcano - this time on Yehuda Halevy Street in Tel Aviv, location of the Brazilian Embassy to Israel. It was visited by a delegation of former Israeli diplomats who became very sharp critics of the policies enacted by the current government of Israel. Heading the group were Alon Liel, former Foreign Ministry Director General; Ilan Baruch, former Israeli Ambassador to South Africa; and Eli Bar Navi, former Ambassador to France. The three met with the Brazilian Ambassador and asked him to forward a message to Dilma Rousseff, President of Brazil, containing an unusual request – that she refuse to accept the Israeli ambassador-designate Danny Dayan.


Danny Dayan is a talented man who successfully filled various public positions. He is also a native of Argentina, Brazil's neighbor, and speaks fluent Spanish. But a large part of the public positions held by Dayan were within the Judea and Samaria Council, leadership body of the Israeli settlers on the West Bank, which he for some years headed. He is not just a settler, but a settler political leader and ideologue, nicknamed "the foreign minister of the settlers." The three dissident diplomats stated that if the Brazilian Government accepts Dayan as Israel’s Ambassador to Brasilia, it would be tantamount to a recognition of the Israeli settlement enterprise in the Occupied Territories. "Dayan is a settler, ideologically committed to a policy which the government of Brazil defines as illegal and in violation of International Law. Dayan is staunchly opposed to the two state solution. Brazil’s accepting his appointment would send a very negative message to all Palestinians and Israelis who support this solution."


According to diplomatic protocol, a country seeking to appoint a person to the position of its Ambassador to another country should formally request the written consent of the host country. If the host country does not issue such a letter of consent, the appointment cannot take place. In practice, only rarely is there an official outright rejection of a designated Ambassador – since usually such appointments are agreed upon in preliminary, informal contacts between the two governments. In this case, Netanyahu was in a hurry to announce the appointment in Brazil, as a reward to Danny Dayan who supported him in the last election, and apparently without completely clarifying it in advance with the Brazilians. The President of Brazil had expressed unofficially her displeasure with the appointment, although so far she did not officially reject it.


Upon publication of the diplomatic rebels’ act, there arose a veritable storm of verbal attacks against them. The main "opposition" leader Yair Lapid, Yitzchak Herzog and Shelly Yechimovitz publicly announced their full support for the appointment of Danny Dayan and asked the Brazilians to accept. Yechimovitz went as far as publishing a warm testimonial of her personal friendship with Danny Dayan: "He is a most worthy appointee – a military officer, a talented high-tech entrepreneur, an economist, an elected official, a public servant - so what if he lives in a settlement? Many people in various positions of authority live in settlements"). Indeed, there are many settlers who hold senior positions of all kinds in the State of Israel – the soon to be appointed new commissioner of the Israel Police will also be one of them. Usually, however, the appointments of settlers to influential positions does not require the consent of the government of Brazil…


Meanwhile the situation on the ground continues to sizzle. True, as of now the situation in the highly sensitive holy site of Temple Mount / Haram al-Sharif has calmed down. But in many other places, less famous and less sacred - in fact, almost at any spot where Palestinians are living under an occupation which has become unbearable - daily incidents continue: confrontations, shooting and the hurling of stones and Molotov cocktails. Is it the Third Intifada, which had been so much talked of and awaited with apprehension? The Israeli mass media no longer bothers with this vexing question, having invented a new term: "Terrorism of the Stones ". This solves the problem. Obviously, if it is a form of terrorism it must be stamped out. So cries out daily the Prime Minister Netanyahu, from whom the threat of the Iranian Bomb was snatched and who is in urgent need of a replacement. So it appears every day, with banner headlines and lurid colors, on the pages of "Yediot Ahronot" – a paper which in elections times opposes Netanyahu and supports any candidate running against him, but which now gives the PM a big boost in The War Against Terrorism of the Stones.


Netanyahu is strongly pushing for three interconnected measures: police snipers to be stationed to shoot stone throwers from afar; long mandatory prison terms for those who make it alive to the dock; and heavy fines imposed on the parents of stone-throwers who are still under the age of criminal responsibility. The third one might prove the most draconian. If the parents of a stone-throwing boy are unable to pay the heavy fine imposed on them - and there is no doubt that such will often be the case - then according to Netanyahu's proposal they would be denied their Social Security allowance, a small pittance which is the only thing keeping many impoverished East Jerusalem families afloat. But whether the imposition of a harsh utter poverty would prove the right method of bringing stone throwing to an end, remains doubtful.


Remarkably, Attorney Yehuda Weinstein has placed obstacles in the way of approving the Prime Minister’s measures, making various well-reasoned objections on grounds of civil and human rights, due process and the independence of the judiciary system. Remarkably – because Attorney General Weinstein was specifically selected to his job in order to pliant and not place obstacles in the PM’s path.
Also IDF Chief of Staff Gadi Eizenkot is not really enthusiastic about Netanyhau’s highly publicized campaign. "Already, since the beginning of this year, 19 Palestinians were killed by Israeli gunfire in the West Bank, in clashes due to the throwing of stones and Molotov cocktails. This is a high figure which is not conductive to calming down the situation." Therefore, according to the report by Amos Harel of Ha’aretz, "Eizenkot and OC Central Command, Roni Numa, do not succumb to pressures exerted on them by settler leaders and right-wing MKs to use more force during crowd dispersal or issue more lenient open-fire regulations to soldiers on the ground."


However, since the above was published last Sunday, the figure of 19 dead Palestinians is no longer up to date. On Tuesday - in the midst of Yom Kippur, the day set aside by the Jewish religion for believers to reflect on their sins and tensely await God’s verdict – a young Palestinian woman was shot dead by soldiers in the city of Hebron. According to the army's version, the 18-year old student Hadeel al-Hashlamun went through the checkpoint; the electromagnetic system beeped an alarm; the soldiers shouted for her to stop but she continued on her way; they shot several bullets towards the floor to warn her, and then saw she was holding a knife – whereupon they shot several more bullets which proved lethal. The testimonies collected by B’tselem indicate that, while she indeed had a knife, there was a 1.2 meter metal barrier between her and the soldiers, and certainly after she was shot in both legs and was lying on the ground she posed no threat of any kind, and there was no justification for the lethal shooting to the torso. "The military command’s knee jerk defense of the soldiers, as expressed in the army’s official response to the incident, sends soldiers on the ground a clear message that there are very little limitations when it comes to using force, including lethal force, against Palestinian civilians" said the B’tselem activists. Precisely the opposite message to what the army’s supreme commander seemed to convey a few days earlier.
http://www.btselem.org/press_releases/20150922_hadil_al_hashlamun

Meanwhile, Palestinian Authority President Mahmoud Abbas (Abu Mazen) is preparing for his long-anticipated speech at the United Nations next week, on 30 September. For several weeks, Abbas has raised expectations and promised to "drop a bomb". The nature of this "bomb" was not explained and prompted a wave of speculations: The overall abrogation of the Oslo Accords; a declaration of the dissolution of the Palestinian Authority and the handover of responsibility to Israel as the Occupying Power; the cessation of security cooperation between the security services of the Palestinian and those of Israe; a declared founding of "a Palestinian state under occupation" which would seek the protection of the International Community; an appeal to the Security Council to admit Palestine as a full UN Member State.

In the past days, there were rumors of Abbas being strongly pressured by American and European diplomats, making him agree to tone down his intended speech - reduce the size of his "bomb". Even so, with the occupation going on and no sign of hope on the horizon, sooner or later a bomb would be dropped, not necessarily a diplomatic one.
Or a new volcano would erupt.

Posted by Adam Keller אדם קלר at 9:49 AM