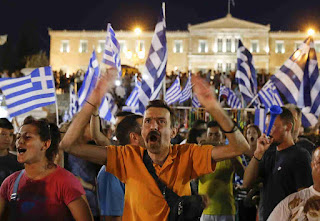 This week we were all Greeks. The Israeli media traced the intricacies of Greek political life with nearly as much detail as it gave to our own politicos. The woes of the Greek economy were described side by side with the intensive struggle over the monopoly which tycoon Yitchak Tshuva established over the Israeli offshore natural gas deposits. 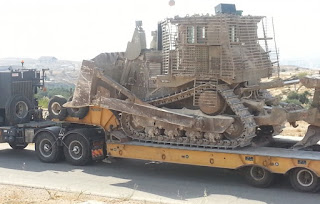 As the one-year mark approaches since Operation Protective Edge began, we call on our government to return to the negotiating table. The war did not bring an end to the conflict nor did it bring us more security. A diplomatic agreement is the only real hope for a secure Israel.

Here’s how we plan to deliver that message this summer: Women Wage Peace will mark the 50 days of last year’s war (July 8 – August 26) with “Operation Protective Fast.” Each day women

will fast for 50 hours each (or 25 for those who so choose) in a tent set up across from the Prime Minister’s residence in Jerusalem. Our tent will also be a site for presentations and discussions.

As reported by Michael Salisbury-Corech of the +972 alternative news website, “at the entrance to the Prime Minister’s residence in Jerusalem, nearly 30 women are sitting on mattresses, surrounded by banners calling for peace negotiations. One of their shirts reads ‘Women waging peace’ and ‘Stopping the next war!.’ Some of them hold signs that read: “Fasting!” Despite the uniform dress, the women come from different backgrounds: some are Arab, some religious, some Mizrahi, others Ashkenazi.

Yael Trader, one of the activists at the protest camp, the reasoning behind the fast: “We wanted to do something significant, because since the last war there has been no process toward an agreement. The last war broke me because of the force that was used, as well as how strong the Israeli consensus was. It frightened me because the common conception here is that only force will solve our problems, and it was clear to me that this doesn’t work. I was close to asking myself whether I can continue to live here. The only remedy for my desperation was to get up and do something.”
http://972mag.com/jewish-arab-women-establish-protest-tent-outside-pms-residence/108713/

Posted by Adam Keller אדם קלר at 8:59 AM