Redemption from the mouth of a leper 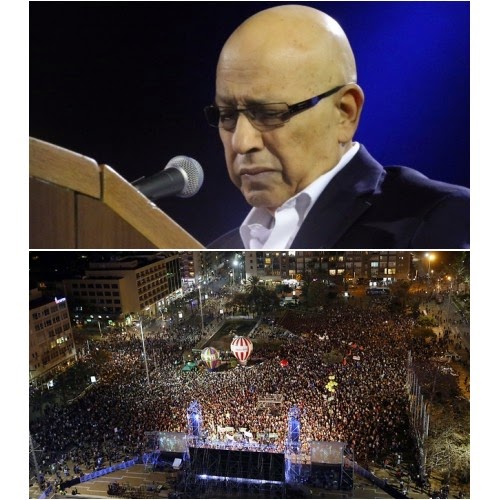 The final stretch. Four days to elections, and everything is still hanging in the balance, and nothing has yet been decided. Will Binyamin Netanyahu fall or remain in power? Will a new government  be established in Israel, or will it not? And if a new government does come about, will it bring about a significant change or will it prove nothing but bitter disappointment? Until the morning of March 18, we will not know, and maybe not then, either. In these last days I think a lot about something which happened on one night many years ago, and of its significance for the political upheaval which will or will not occur in the Israel of March 2015.


In the summer of 1971, the word "Intifada" had not yet entered the Hebrew language. In the papers of the time we could read of the army and security service launching “a large-scale anti-terrorism operation in the Gaza Strip", but the reports did not really go into the fine details. At the invitation of a high school classmate, I arrived one evening at a meeting in the damp basement of an old house in downtown Tel Aviv. Twenty youngsters were sitting there, and in front of us was a soldier in uniform, just returned from Gaza. He told us things that were not published in any newspaper. He told of the arbitrary beatings of by passers in the streets  of Gaza, sometimes using whips, of bulldozers razing houses and whole streets in the refugee camps, and also of extrajudicial executions.  "People are located according to blacklists, captured, shot in the head at point blank range, and the bodies are thrown into dry water holes". We, the high school students assembled in that basement, protested strongly. We did not believe it, we did not want to believe it. "That's not true! Our army does not do such things!". The soldier said, "It’s all true. I've seen it myself. I have done it myself, and now I can’t sleep at night”.