This was the week in which the IDF got a new Chief of Staff. Immediately,  chromo paper color photos of the new Commander in Chief, Major General Gadi Eizenkot were provided to the readers of Israel’s mass-circulation newspapers. Two days later, walking through the main street of Holon, I noticed at the greengrocer’s the new photo already having pride of place on the wall, in the place where Major General Benny Ganz had been watching over shopkeeper and clients during the past four years.


This was the week in which the Supreme Court decided to allow the Arab Knesset Member Haneen Zoabi to continue running for another term. By a majority of eight to one, the judges ruled to overturn the decision to disqualify her, a decision taken last week by the Central Elections Committee in a predictable outburst of nationalist and racist demagoguery.  The court’s verdict elicited an almost audible sigh of relief from Yitzhak Herzog, leader of the oppositional Labor Party which now calls itself “The Zionist Camp”.  Herzog had instructed his representatives to support the banning of Zoabi  only out of fear that otherwise (perish the thought!) he might have gotten branded “a leftist”.


This was one more week in which debate in the ongoing elections campaign focused on the issues of Mrs. Sarah Netanyahu’s  household (mis)management.  Meanwhile, again were left deep in the shade the issues related to her husband Binyamin Netanyahu’s handling of the economy of the State of Israel as a whole, and the expansion of settlements, or the vast swath of destruction caused by the State of Israel in the Gaza Strip last summer, where little if any reconstruction had taken place up to now.


Actually, there did occur this week a single moment when the situation in the  Gaza Strip blazed into the public debate.  That was when the Prime Minister focused his fire upon Tzipi Livni, who had been for two years the Justice Minister in Netanyahu's cabinet and is now Herzog’s partner in the effort to remove Netanyahu from power.  Retroactively, Netanyahu has now discovered that Livni constitutes a grave threat to the security of the State of Israel, that all charges of mismanagement at the PM’s residence are a smokescreen intended to allow Livni to sneak into the Prime Minister's Bureau, and that the former Justice Minister intends (Heaven forefend!) to reach an agreement with Hamas.


Livni was quick to retort on the radio:  "It is Netanyahu himself who is all the time negotiating with Hamas!  Last summer he even intended to embark on negotiations on the possibility of open a port in Gaza.  Yes, a port in Gaza!  It was me who mobilized the most energetic of diplomatic campaigns, with the international contacts I established I have managed to completely remove such idea from the agenda" – which makes one wonder what do we need a change of government for.


However sharp and acrimonious the exchange of verbal blows, commentators (and ordinary people) are increasingly considering the possibility that within some two months we might be treated to the sight of Netanyahu, Herzog and  Livni sitting together around a single cabinet table.


Apart from all the above, this was a very European week:  a murderous event in the Danish capital Copenhagen; a petition of British artists; a vote in the Italian Parliament; a propaganda film produced by West Bank settlers; and also a TV song contest.


Even before the guard who was shot at the gates of the main synagogue of Copenhagen had been buried, Netanyahu rushed into his Zionist conditioned reflex, issuing a call to the Jews of Denmark in particular and of Europe in general to pack up  and come to Israel: "Israel is your home, the home of every Jew, we are preparing to absorb a mass wave of European Jews." The call was not particularly well received at the small Jewish community which carries fond memories of the intensive and most successful effort which Denmark, more than any other European country, made to save its Jewish citizens under the Nazi occupation. "The Danish Jews: We are not leaving" read the headline on the front page of "Ma'ariv". Yair Melchior, Chief Rabbi of Denmark, said: "I am disappointed by Netanyahu's call.  Terrorism is no reason for emigrating."


At just that time, the settlers of "Samaria" in the northern West Bank - who have access to very generous government budgets and some of whose  leaders are currently undergoing an intensive police investigation regarding  management of these funds – published an animated video film, with impeccable high technical quality. The video depicts a monstrous European named “ Herr Stürmer” who contemptuously summons a Jewish leftist with a long hooked nose, demands and gets from him a flow of information on the human rights violations by the armed forces of Israel and pays him with coins bearing the logo of the Euro, and finally ordering his despicable Jewish leftist lackey to hang himself – which he hastens to obey. "You might see the Europeans otherwise – but make no mistake, they still regard you now as they did then" appears on the screen at the end of the video.


"This is a classic anti-Semitism theme, ultimately derived from Christian myth of Judas, who sells the Son of God for 30 pieces of silver, and then hangs himself. One may wonder if the Samaria settlers utilized this legend consciously and deliberately, or did it just permeate into their consciousness out of the cultural milieu into which they dipped?" wondered blogger Yossi Gurvitz.


Paradoxically, the vicious video had to compete for the attention of the Israeli public against Israel’s preparations to take part in the  Eurovision Song Contest, bringing together all the European countries (and some countries outside the continent).  The popular Israeli TV competition “Rising Star", was won by a 16-year old singer Nadav Guedj, from Netanya. After  convincingly performing Beyoncé’s "Crazy in Love" Guedj will represent Israel at the Eurovision competition, to be held at Vienna in May this year.


TV commentators, and next day those of the printed press,  expressed the fervent hope that at the decisive moment of this year’s Song Contest, when the European capitals are polled one by one and read out the score given in their respective countries to each of the competing songs, it will be possible to hear many time a “douze points” given to Israel and to the young Guedj as Israel’s representive. The last time that the State of Israel won this competition was in 1998 (perhaps not coincidentally, at a time when the Peace Process which began with the Oslo Accords was still taken seriously?).


Meanwhile,  the Italian parliament was preparing to vote in favor of a recognition of the State of Palestine, as already did the European Parliament and the national parliaments of the United Kingdom, France, Spain, Portugal and several other European countries. (Sweden has already reached the further point of President Mahmoud Abbas being invited to ceremoniously inaugurate the Embassy of Palestine in Stockholm). Israel's Ambassador in Rome is known to have tried delaying and obstruction tactics and mobilized right-wing deputies in the Italian Parliament, but at the Foreign Ministry in Jerusalem it was unofficially admitted that the struggle for Rome is effectively lost.


In London a letter signed by some seven hundred British artists - many of them Jewish – read “we will no longer engage in business-as-usual cultural relations with Israel”. As stated in the text, published in The Guardian, "The summer war in Gaza killed 2,100 Palestinians. Since then, the Palestinians have enjoyed no respite from Israel’s unrelenting attack on their land, their livelihood, their right to political existence. (...) Israel’s wars are fought on the cultural front too. Its army targets Palestinian cultural institutions for attack, and prevents the free movement of cultural workers. Its own theatre companies perform to settler audiences on the West Bank – and those same companies tour the globe as cultural diplomats, in order to help ‘Brand Israel’ and give it a positive image”. For themselves, the boycotting British artists make no distinction between performing at settlements and inside Israel proper, pledging to perform neither in the settlement of Ariel nor in Tel Aviv, Netanya and Ashkelon, and also not “play music, accept awards, attend exhibitions, festivals or conferences, run master classes or workshops” . All this, until Israel respects international law and ends its oppression of the Palestinians. 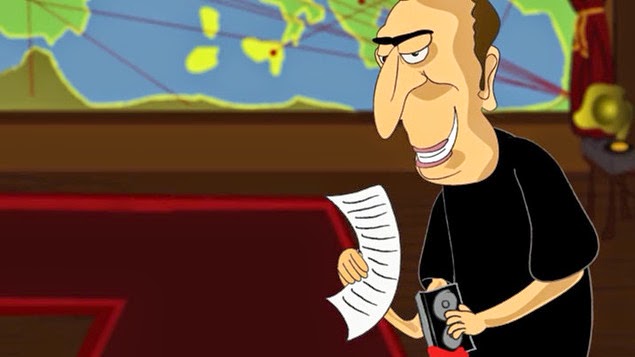